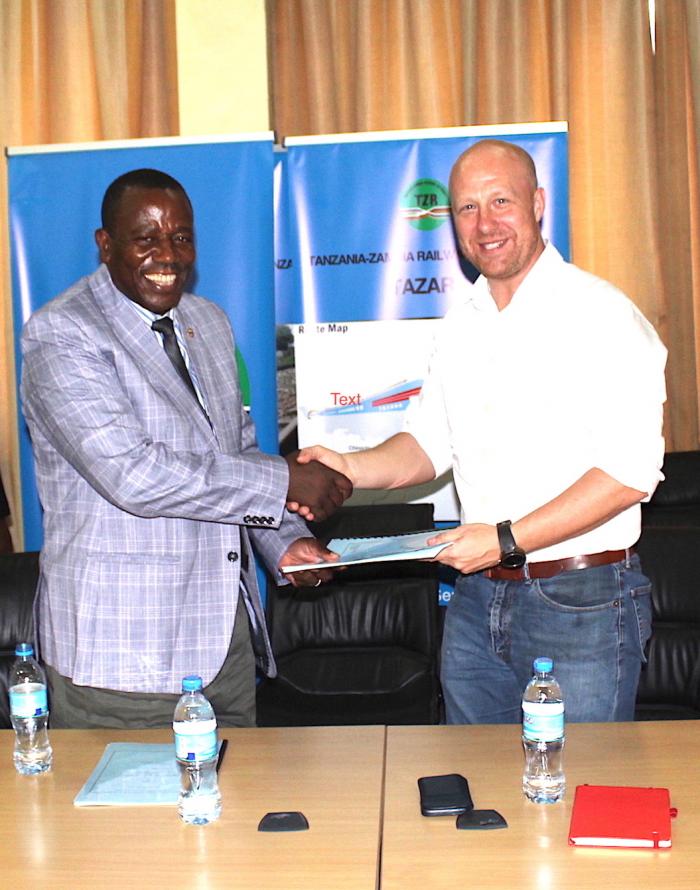 The Dar es Salaam Corridor Group (DCG) and the Tanzania-Zambia Railway Authority (TAZARA) have entered into a partnership agreement for the development of a Dry Port at the terminal end of TAZARA in New Kapiri Mposhi, Zambia.

DCG emerged winner from an open competitive bidding process and is soon expected to begin constructing the Dry Port on a Build-Lease-Transfer (BLT) Public-Private-Partnership (PPP) model.

Included in the terms are that DCG will take hold of the four (4) hectare piece of land, construct the Dry Port, operate (lease) it for 25 years and, thereafter, transfer all the immovable assets to TAZARA.

Speaking during the signing ceremony in Dar es Salaam, the Authority’s Managing Director, Eng. Bruno Ching’andu thanked the investor for patiently waiting for the shareholders’ approval of the Agreement.

“We are glad that the Attorneys General for both countries signed off this Agreement, but it was worth the wait because it’s a significant development, being one of the first PPP models to be introduced under our strategic vision of engaging the private sector in the full utilisation of TAZARA’s huge idle capacity,” observed Eng. Ching’andu.

The Managing Director said that not only will TAZARA take possession of the assets after the expiry of the lease, but the Authority would also earn regular revenue from the lease as well as from the Port’s daily operations.

“Above all, this is one sure way of guaranteeing ourselves of additional freight traffic that will naturally accrue from the business generated by the Dry Port’s operations,” said Eng. Ching’andu.

DCG Chief Executive Officer, Mr. Jesper Sorensen commended the significance of the Agreement as a prelude to greater things to follow because the Dry Port operator intended to promote railways as the main mode of transportation in the logistics chain.

“We know that TAZARA represents a strong bond between Tanzania and Zambia and are confident that this Agreement signifies a new era in the development of logistics between the two countries,” said Mr. Sorensen.

A dry port, sometimes referred to as inland port, is an intermodal terminal directly connected by road or rail to a seaport and operating as a centre for the trans-shipment of cargo to other inland destinations.

The area where the Kapiri Mposhi Dry Port is earmarked for is located on the northern side of New Kapiri Mposhi Railway station, measuring approximately 4.3756 hectares (10.81 acres), with an already installed gantry crane of 36mt lifting capacity.

TAZARA is bi-national railway jointly owned by the Governments of the United Republic of Tanzania and the Republic of Zambia on a 50-50 shareholding basis. The 1,860km-railway was built as a turn-key project, with an interest-free loan from the People’s Republic of China between 1970 and 1975. TAZARA connects Zambia to the seaport of Dar es Salaam in Tanzania and further provides road and railway inter-connectivity to other parts of Southern Africa. In essence, TAZARA provides a communication backbone for the three regional groupings of SADC, COMESA and the East African Community. For Central and Southern African hinterland importers and exporters with business ties to the Middle-East and Asian countries, including China, TAZARA provides the shortest route to the sea, through the Port of Dar es Salaam and is therefore a vital rail link in the logistical chain.

DCG began operations in Dar es Salaam in 2004 and now offers full logistics solutions to a wide range of clients, having invested over the years in its own port handling equipment, specialized bulk tipper trucks, dry bulk terminal and warehousing accustomed for different commodities. The company is registered in Tanzania, 100% owned by African Ports and Corridors Holdings (APCH) where 60% is owned by African Infrastructure Investment Managers (AIIM).It is involved in cargo handling, with state of the art equipment around the Port of Dar es Salaam. The company also boasts of large warehousing facilities as well as bulk, multi-purpose and metal terminals. DCG has registered a presence in the Democratic Republic of Congo, Tanzania, Zambia, Malawi, Uganda, Burundi and Rwanda. Ends 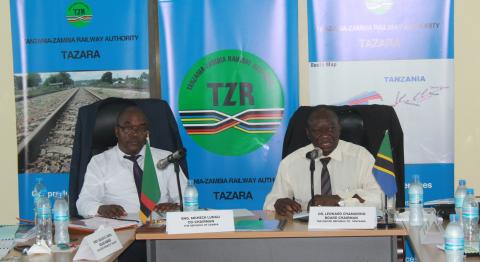 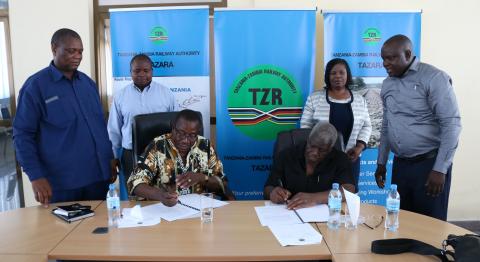 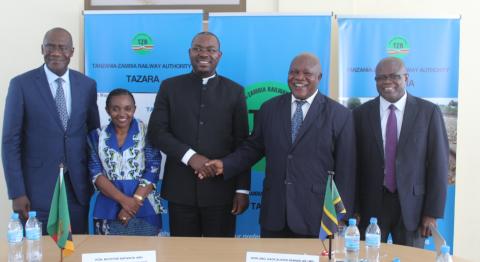 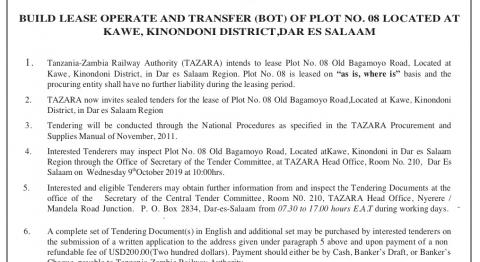