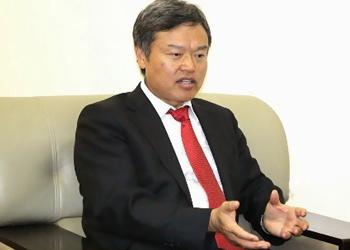 “TAZARA is a historical testimony to China-Africa friendship and an enduring monument to China-Africa relations. In 1965, immediately after winning independence, President Nyerere and President Kaunda, the founding fathers of Tanzania and Zambia, reached significant consensus after thorough discussion, to build a railway to link Zambia with Tanzania through which the Port Dar es Salaam could serve as Zambia’s new access to the sea.

They believed that was the only way to break the colonial blockage, consolidate the fruit of independence and achieve economic development. Due to the shortage of capital and relevant technology, the two national leaders traveled a long way and made repeated requests for financial assistance to many countries and international organizations including UK, USA, West Germany, the World Bank, and so on. Unfortunately, they were refused all the way with different kinds of reason.

Difficulties did not waive the determination of the two countries to build TAZARA, which carried the dream of development of the two governments and peoples.
To have a try with the last glimmer of hope, President Nyerere and President Kaunda decided to seek help from a distant country – China.

At that time, with a GDP per capita of only US$ 100 and total foreign exchange reserve as little as US$ 166 million, China was not rich and was faced with very heavy developmental tasks.

Yet, after knowing about the political and economic significance of the railway for the development of the brother countries in Africa, the late Chinese national leaders including Chairman Mao Zedong and Premier Zhou Enlai, decided without hesitation, to help African brothers to build TAZARA.

They made the commitment that China could save money to build TAZARA, the railway for freedom and liberation, even if that meant China had to give up building her own railway and every Chinese had to cut one meal a day.

Upon receiving the affirmative response from the Chinese side, President Nyerere couldn’t help getting excited and said to the Chinese leaders, “I am too excited to breathe.”

Then, the Chinese government sent more than 50,000 engineering and technical personnel and shipped more than 1 million tons of material and equipment to Tanzania and Zambia.

The people of China, Tanzania and Zambia joined their hands, stood against hash living and working conditions and finally accomplished building the Railway.

More 300 TAZARA builders from the three countries lost their lives during the construction period, making TAZARA the Friendship Railway cemented with lives and blood.

After completion, TAZARA effectively supported the anti-imperialism and anti-colonialism struggle of the countries in Southern Africa and the economic development of Tanzania and Zambia during which China and Africa have built profound friendship of shared destinies.

Today, the book “A Monument to China-Africa Friendship –Firsthand Account of the Building of the TAZARA” has been published. The book has presented a vivid reproduction of the unforgettable historic feat and hard course of building TAZARA. It has provided us a new chance to cherish the memory of the martyrs, build on past achievements while keeping up with changing circumstances and promote the continuous development of the New Type of Strategic Partnership between China and Africa.

It is also the best tribute to the men and women who have sacrificed for and contributed to the China-Africa friendship.

Today, TAZARA is still playing an important role for the economic cooperation and personnel exchanges of Tanzania and Zambia. Having been built many years ago, the infrastructure and management system of TAZARA cannot meet today’s development demand. Revitalizing TAZARA, therefore, becomes the urgent need and anxious desire of the governments and peoples of Tanzania and Zambia.

We are happy to know that, with the efforts of the concerned departments of China, Tanzania and Zambia, the “Tripartite Working Conference for Revitalization and Sustained Development of TAZARA” was successfully held early this month (9-12 May 2016).

Government officials, experts and financial institutions from China, Tanzania and Zambia gathered in Dar es Salaam to implement the significant consensus of the three heads of state and pool their wisdom to discuss and propose a way forward for TAZARA.

Looking into the future, I believe that, with the high priority given by the national leaders of China, Tanzania and Zambia, and the common efforts of the three peoples, TAZARA will surely shine the light again and continue playing an important role for the social and economic development of Tanzania and Zambia, and writing new chapters for the China-Africa friendship. Thank you!”

His Excellency Lu Youqing, Ambassador of the People’s Republic of China in the United Republic of Tanzania, at the LAUNCHING of a book “A MONUMENT TO CHINA-AFRICA FRIENDSHIP-FIRST HAND ACCOUNT OF THE BUILDING OF TAZARA”.