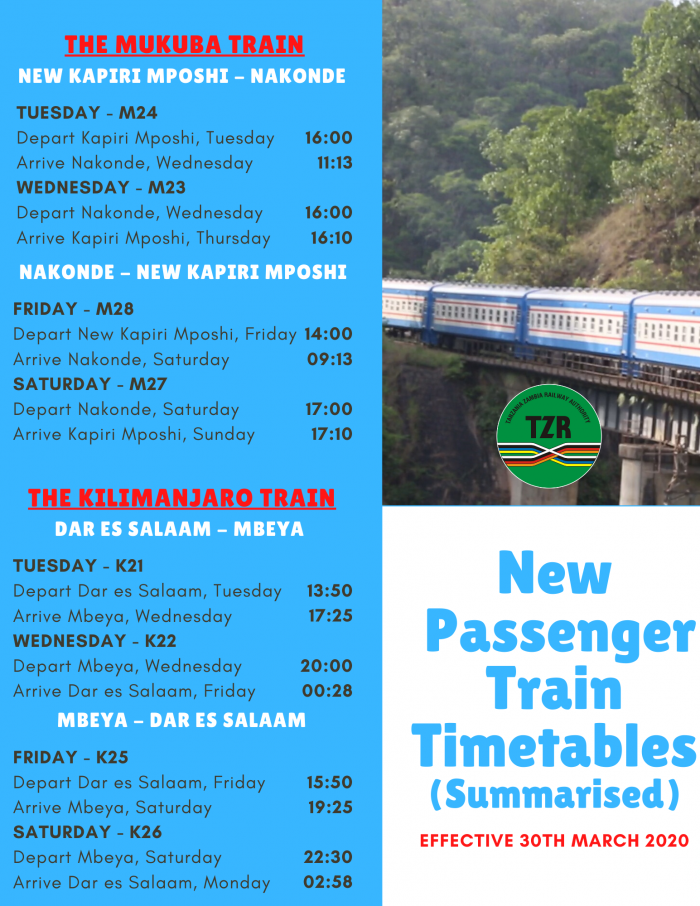 With effect from 30th March 2020 and until further notice, the Mukuba and Kilimanjaro Passenger Trains will no longer cross the border between Tanzania and Zambia, but will instead continue to run within the respective boundaries of the two countries.

However, freight train operations are not affected by this change.

The new operational schedules for the two passenger trains will be as follows.

On the other hand, the KILIMANJARO Passenger Train will depart Dar es Salaam as it normally does on Tuesday, but terminate and u-turn at Mbeya on Wednesday, arriving at Dar es Salaam on Friday, early in the morning. The train will run again on the same Friday from Dar es Salaam to Mbeya, u-turning at Mbeya on Saturday and arriving in Dar in the early hours of Monday. 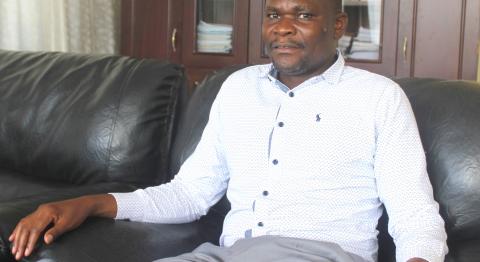 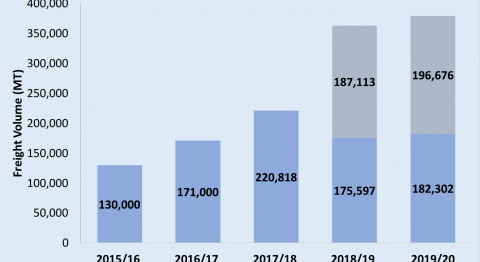 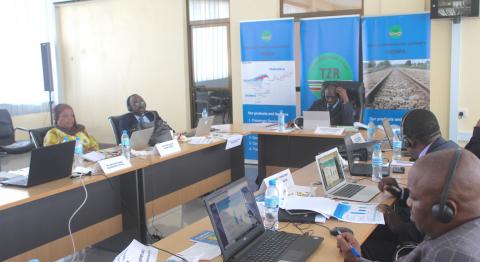